Dr. Thomas Henrique has been treating and healing patients through chiropractic for over 40 years. 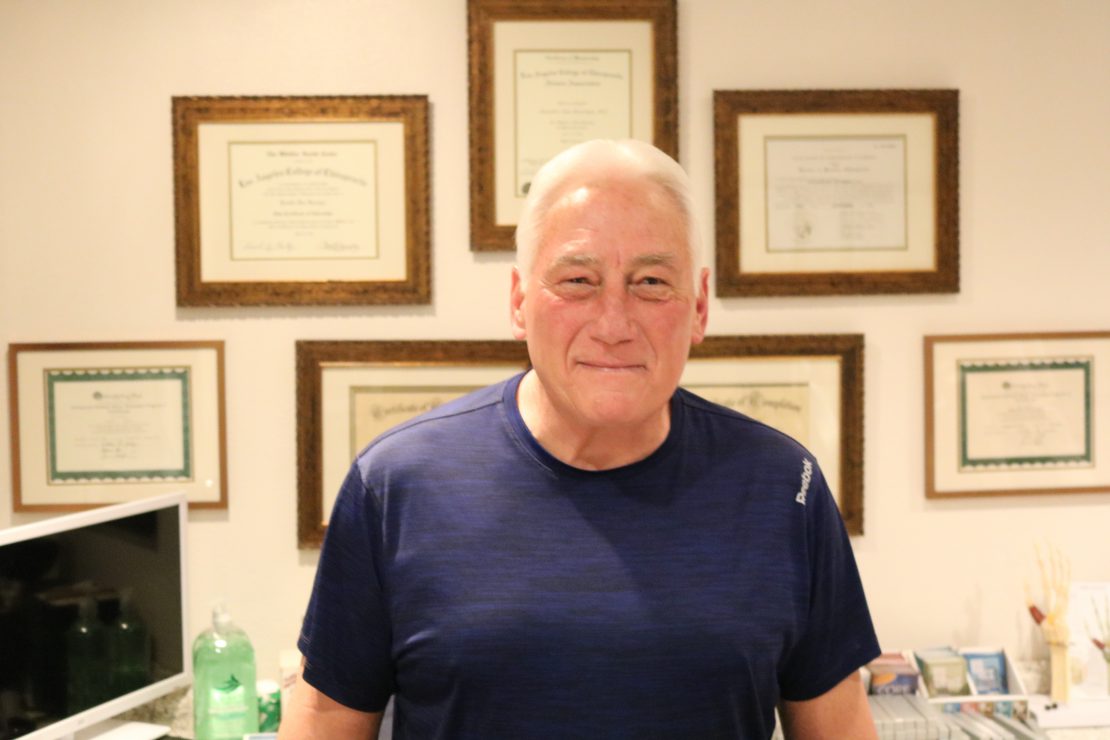 He was inspired to pursue a career in chiropractic after sustaining a frightening neck injury that resulted in the loss of sensation in both hands. In desperation, he went to a chiropractor, and after a brief adjustment he regained complete function. It was a life changing experience; he had found his calling.

Dr. Thomas Henrique attended Pasadena College of Chiropractic, and immediately after his graduation, he opened and operated a chiropractic clinic in Marin County. He later decided to relocate to Clovis to raise his daughters in a wholesome environment similar to the one in which he was raised. “I wanted to raise my daughters around farm people”.

Dr. Henrique grew up in Porterville, California. He attributes his intense work ethic and long standing commitment to exercise to the years spent during his childhood on the family’s dairy farm as well as working in the lumber mills and oil fields as a young adult. He states that during his childhood, “…milking cows, bucking hay, and plowing fields…everything was exercise. “It was just a normal part of my world.”

Dr. Henrique is an ardent believer in holistic health. “I believe in innate intelligence… the ability of the body to heal and maintain itself when given the right amount of nutrition and exercise, allowing it to move and function properly”. He is also an avid exercise enthusiast. He first joined a gym while in chiropractic school and was trained by the legendary Bill Pearl. The result of Dr. Henrique’s forty years of robust chiropractic experience combined with an additional forty years of dedication to exercise and wellness, is a level of competence and intuition that translates into clinical excellence for our patients here at Dr. Jennifer Henrique Chiropractic and Wellness.

Extensive knowledge of anatomy and biomechanics, gives him a unique insight into restoring optimal function for his patients.